We made an appearance at the DICE Summit

The Darkside Detective made a brief appearance last night during Brenda Romero‘s talk at the DICE Summit in Las Vegas yesterday. Her talk was titled “Looking in a Different Direction”. Our artist Paul Conway was even quoted as part of her piece. “A great game screenshot should look like an inviting postcard to an adventure you haven’t had yet.” It was amazing for our humble little game to appear at such a prestigious event and with such an amazing speaker to boot. We’ll link to a video when it is available online. We’d like to thank Brenda for the mention, too. 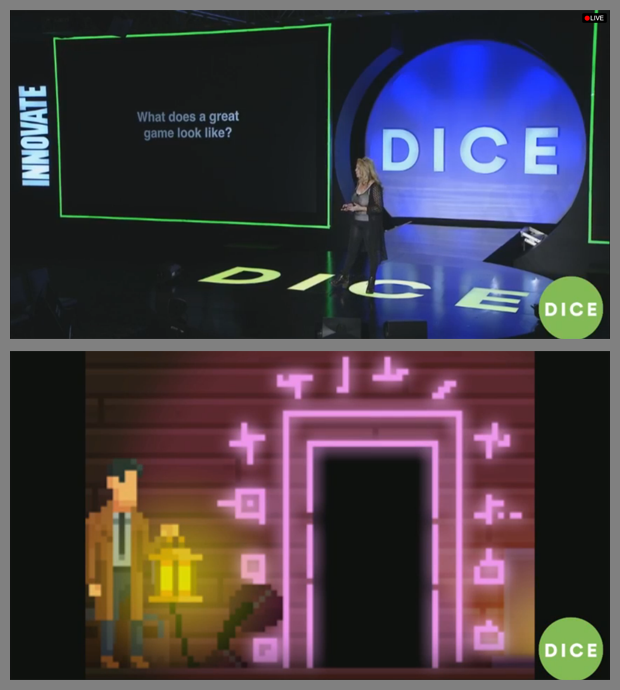